Every corner of the British Isles is covered on this trip, including Belfast, Dublin, Cardiff, Edinburgh and London. There’s more to most UK and Ireland trips than the iconic sights. On this journey, you’ll trace the footsteps of giants and feel the salty spray of the Cliffs of Moher, smell the mossy walls of medieval castles and enjoy a toe-tapping, heart-stirring Gaelic song along the way. 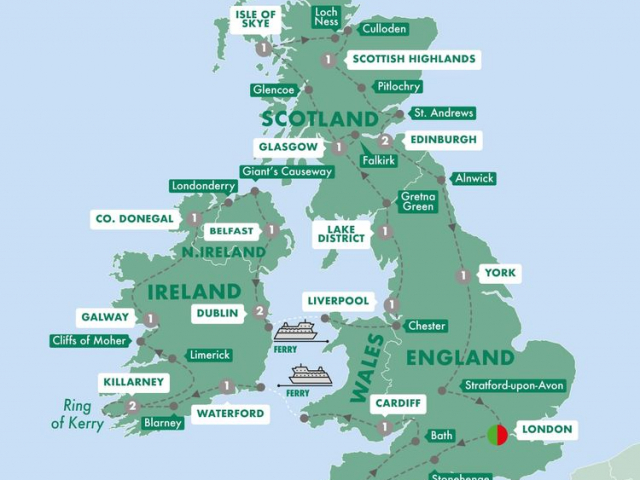 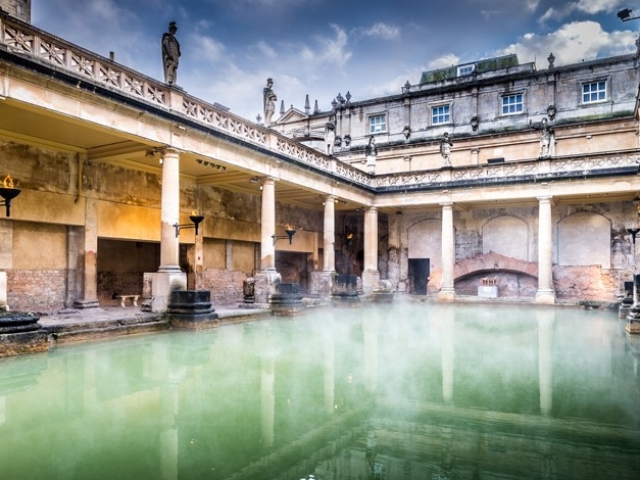 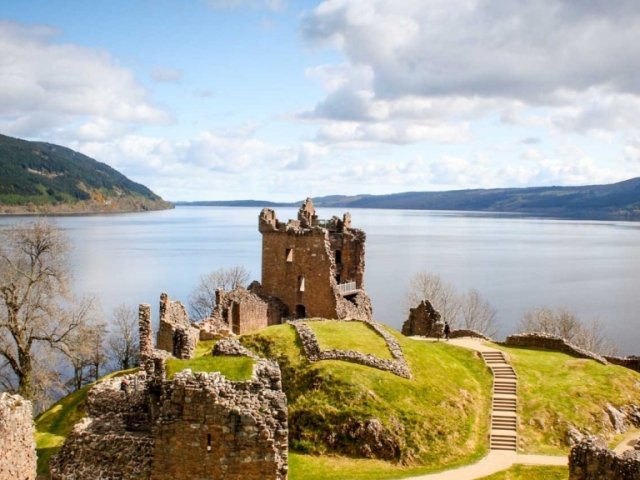 Day 1: Journey to Stonehenge and on to Plymouth

Journey west where you’ll ponder the myths of the ancient mystical monoliths at Stonehenge which remain largely unsolved to to this day. Continuing through Devon, arrive in the historic naval port of Plymouth, your home for the next two nights.

Embark on an orientation tour and see the Royal Citadel and Mayflower Steps. Explore the Cornish peninsula and visit the seaside villages of Looe and Polperro.

Day 3: Soak up Bath and off to Cardiff

Arriving in Bath, we admire the city’s stylish Georgian façades and ancient Roman Baths from which it derives its name. We continue to the vibrant Welsh capital, Cardiff, where we’ll have a free evening to enjoy this modern city’s proud heritage.

This morning, we explore Cardiff’s iconic sights – the Principality Stadium, Millennium Centre and Victorian fantasy castle before crossing the Irish Sea to Waterford, most famous for the delicate crystal that graces elegant homes the world over. This evening we dine in our hotel.

Day 5: Onwards to Blarney and Killarney

Our first stop today is at the House of Waterford Crystal where we Dive Into Culture, watching a demonstration with master craftsmen. In pursuit of the ‘gift of the gab’, we journey to Blarney Castle where you’ll have the chance to kiss the Blarney Stone, before arriving later in picturesque Killarney.

Ireland’s enduring natural beauty accompanies our leisurely drive circling the enchanting Ring of Kerry. We pass the fishing village of Waterville, Moll’s Gap and the Black Valley – renowned for being the last place in Ireland without power and telephone networks.

Day 7: Off to Limerick, the Majestic Cliffs of Moher and Galway

We stop in Limerick and view St. Mary’s Cathedral, the Treaty Stone and King John’s Castle. Our next stop is the magnificent Cliffs of Moher which plunge into the Atlantic, before arriving in Galway, where we’ll spend the night.

This morning see the great stone Galway Cathedral and stroll through Eyre Square, a tribute to former US president John F. Kennedy, who visited Galway in 1963. Enjoy an orientation of Sligo on your way to Donegal to see its 15th-century castle and explore the city your way before dining at your hotel.

We cross the Irish border into Northern Ireland, joining a Local Specialist in Londonderry to stroll along its 17th-century city walls. See the street murals of the Bogside before continuing to the mythical stepping stones of the Giant’s Causeway. Our visit to the haunt of Finn McCool will Make Travel Matter by helping conserve this iconic natural landmark. Our final stop today is in Belfast, where we’ll enjoy an orientation, followed by free time to explore the capital city’s sights.

We spend the morning with a Local Specialist ‘Cabbie’ who will take us on a journey through the recent history of Belfast in their taxi. Heading south to Dublin later, we see St. Patrick’s Cathedral and other iconic sights in the company of a Local Specialist. Tonight, consider an Optional Experience to enjoy the rousing sounds and warm hospitality of a traditional Irish Cabaret performance.

Day 11: See the Sights of Dublin

Beat the crowds and gain entry to the Guinness Storehouse before general admission. Here you’ll Dive Into Culture and embark on a tour and tasting technique demonstration. The rest of the day is yours to explore the Irish capital. Amble along Grafton Street with its colourful performers, head to Temple Bar or stroll through Phoenix Park, Dublin’s playground.

Day 12: Ferry across to Historic Chester and Liverpool

Cross the Irish Sea to Wales and continue to the ancient town of Chester, where your orientation tour will take you past its Roman walls and famous half-timbered Tudor Rows. Later, we head to the haunt of the ‘Fab Four’, edgy Liverpool, where we’ll spend the night.

Head north to the idyllic Lake District, which has inspired poets and writers for centuries, and admire the spectacular surrounds of Lake Windermere.

The runaway wedding capital, Gretna Green is our first stop today, where we’ll tread in the footsteps of eloping couples who would take their vows over the Marriage Anvil. We arrive in Glasgow for an orientation tour including views of the Cathedral and magnificent George Square, lined with statues of Great Britain’s most celebrated sons. We visit Falkirk Wheel where you’ll Dive into Culture learning about the legacy of Scotland’s canals and experience the world’s only rotating boat lift.

Journey past the site of the tragic 1692 massacre at Glencoe, known as the ‘Glen of the Weeping’ and see Britain’s highest mountain – Ben Nevis. We’ll view the 13th-century Eilean Donan Castle, where three lochs meet, before visiting the Isle of Skye.

Day 16: The Sights of Loch Ness and Culloden in the Scottish Highlands

Travel through the scenic Scottish Highlands via Glen Shiel and along the banks of Loch Ness, home to the mythical monster affectionately known as ‘Nessie’. View the site of the bloody Battle of Culloden, where Bonnie Prince Charlie and his army of Jacobites were defeated in 1746.

We continue south and stop in Pitlochry before travelling to the historic town of St. Andrews, home to one of the oldest golf courses in the world. We cross the Firth of Forth to the enchanting Scottish capital, Edinburgh, our home for the next two nights. Tickets to see the spectacular Edinburgh Tattoo are included on departures that coincide with performance dates.

Join a Local Specialist for a sightseeing tour including a visit to Edinburgh Castle, overlooking the town from Castle Rock. See the Royal Mile, Palace of Holyroodhouse and new Scottish Parliament building.

Visit the medieval market town of Alnwick before stopping in York where we’ll embark on an orientation walk along the picturesque Shambles and to York Minster, one of the greatest cathedrals in the world. This evening Connect With Locals over dinner at a Be My Guest experience, a grand private home of a Yorkshire family enjoying traditional flavours and hospitality.

Day 20: Journey to Stratford-upon-Avon and on to London

Travel to Stratford-upon-Avon to view Anne Hathaway’s thatched cottage and visit Shakespeare’s Birthplace and Visitor Centre before returning to London.