The windswept New England coastline serves as the picture-perfect backdrop for your memorable encounter with a pilgrimage past, sophisticated summer retreats and fresh seafood flavours. 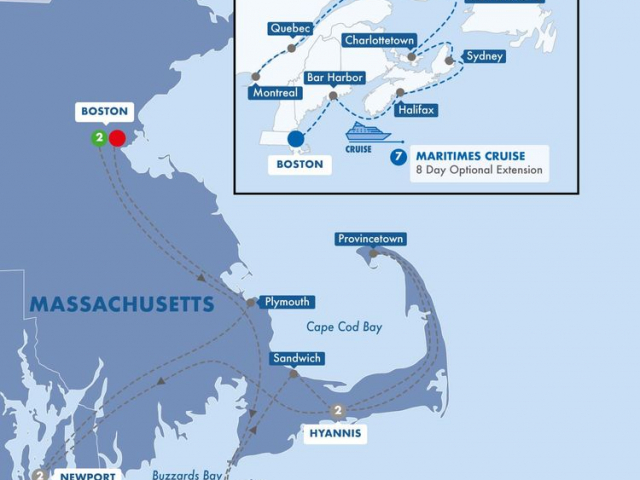 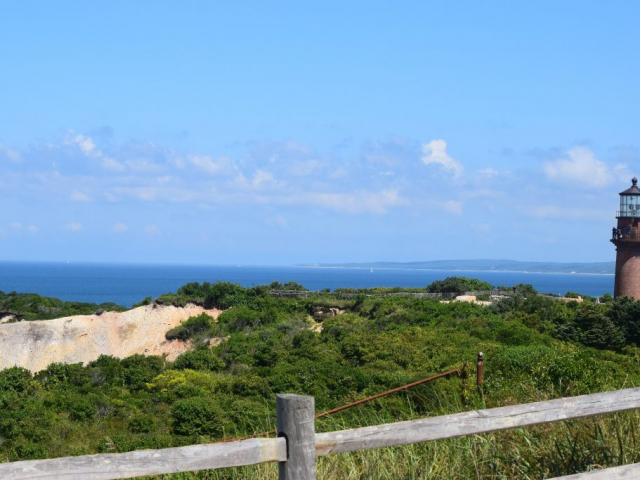 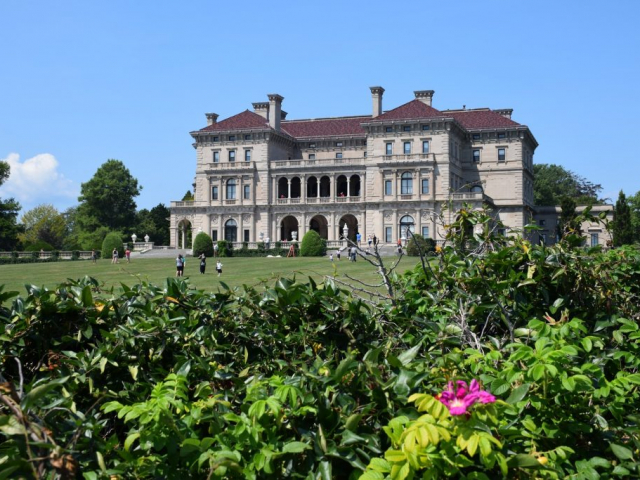 The Cradle of Liberty is your gateway to an Atlantic adventure filled with quiet harbour towns, lighthouses and windswept coastlines. After check-in, enjoy free time to explore Boston, before joining your Travel Director and travel companions for a Welcome Reception this evening.

Connect with the living history of Boston this morning, joining a Local Specialist for a leisurely walk along the city’s redbrick Freedom Trail. Next, brush shoulders with the intellectuals of MIT (Massachusetts Institute of Technology) touring the prestigious campus with a current student to gain insights into college life.

A quick ferry ride takes us “on island” to the summer retreat of the rich and famous, Martha’s Vineyard. Join your Travel Director for a guided sightseeing tour of the island – its brightly painted cottages, colourful farmers’ markets and quiet beaches, then indulge in a Regional Dinner at a local restaurant.

The bright blooms of lovely gardens beckon as we stroll through the Heritage Museum & Gardens of Sandwich, Cape Cod’s oldest town. Later, ‘Connect with Locals’, joining the owners of a local taphouse for a private ‘Be My Guest’ lunch. Savour tasty seafood flavours while you gain a deeper understanding of the thriving craft beer scene on Cape Cod.

Visit the popular fishing port of Provincetown before embarking on a one-hour 4WD tour the sand dunes along the Cape Code National Sea Shore. Your sandy journey will take you past wispy beach grass and dune shacks where famous artists and writers were once inspired to create their art. Enjoy the rest of the day at leisure. Perhaps take an optional whale watching cruise this afternoon or sample the local dishes of clam chowder or Portuguese kale soup for which the Cod area is so renowned.

Get your fill of cranberries as you explore the largest agricultural cooperative of cranberry growers in the world. Visit area cranberry bogs, some dating back the 1800’s. Explore the region’s whaling heritage and its connection to the local community next, joining a Local Specialist for an insightful visit to the New Bedford Whaling Museum. Spend the rest of the evening on your own, admiring the city’s beautiful colonial-era architecture and sophisticated style.

This morning, you’ll enjoy your choice sightseeing with a visit to one of Newport’s renowned landmarks-The Vanderbilt’s Breakers Mansion, a “summer cottage” called The Elms Mansion or the International Tennis Hall of Fame, which pays tribute to the players and contributors to this sport. This afternoon, perhaps join an optional sail around Newport Harbor. Our journey through the gateway of the New World almost at its end, we join our fellow travellers for a Farewell Dinner.

Dive into Culture and tread in the footsteps of pilgrims and patriots, delving into the living history of Plimoth Plantation where you will gain insights into what life was like in the original 17th-century British settlement of Plymouth Colony. Continue to Boston where your transfer will take you to Boston Logan International Airport or consider extending your stay.

Cities of the Great East

Explore America’s historic cities on this affordable escorted holiday. Begin in Boston with guided sightseeing of the Freedom Trail, including Boston Common, the Old State House, the Old North Church, and more. Take a harbour cruise to see the Bunker Hill Monument and the Boston Tea Party ship. Next, head for the “Big Apple” to enjoy a free afternoon to explore New York City’s sights, perhaps with a harbour cruise or a Broadway show. The following day, join us for guided sightseeing to Times Square, Rockefeller Center, the Financial District, and Chinatown. 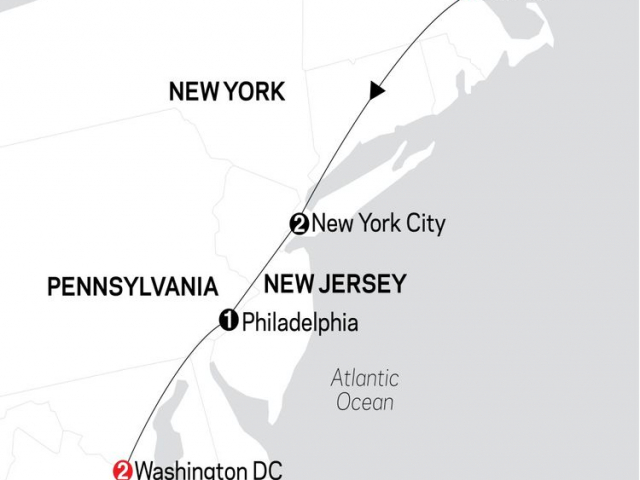 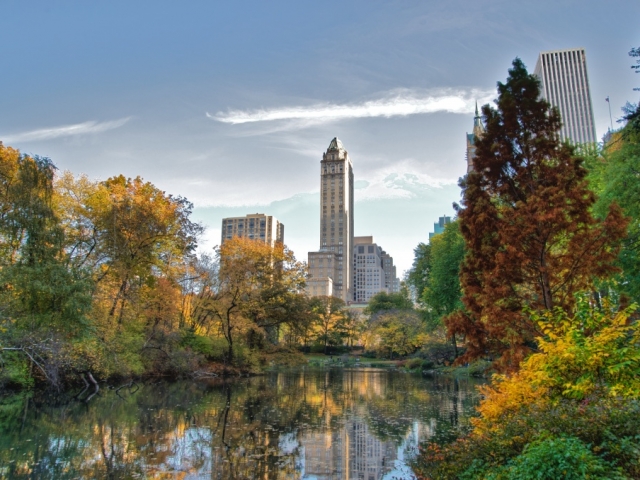 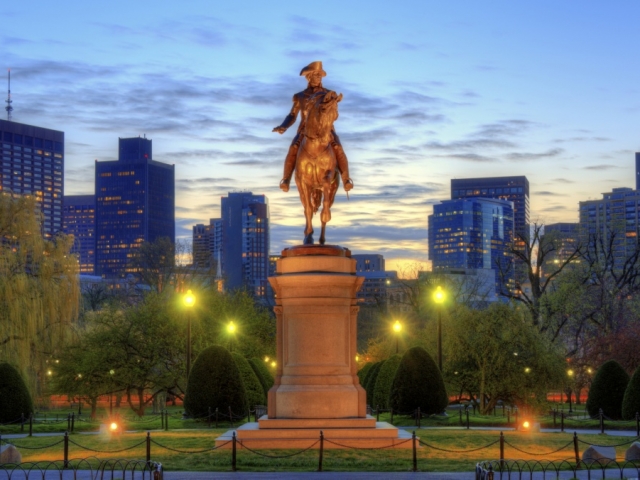 Welcome to Boston, a treasure trove of American history. Your Tour Director is on hand late this afternoon to answer any questions.

Your morning guided tour of Boston highlights the historic sites of the Freedom Trail: Boston Common, the Old State House, Faneuil Hall, and the Old North Church. Next, board a harbour Cruise to see the Bunker Hill Monument and the Boston Tea Party ship. The rest of the day is free to explore on your own.

Depart Boston and head south to the “Big Apple.” New York City began its extraordinary history as the Dutch settlement of New Amsterdam. Upon arrival, take an optional cruise of New York Harbor past the magnificent skyscrapers and historical landmarks that make this the most recognisable skyline in the world. The remainder of your day and evening are at leisure. Perhaps take in a Broadway show this evening.

Today begins with a guided tour of the city’s most famous sights: Times Square, Rockefeller centre, the Financial District, and Chinatown. Afterward, you are free to explore more of New York at your leisure. Perhaps visit the Tenement Museum, and hear the stories of some of the 12 million immigrants who entered the United States between 1892 and 1954. Enjoy a walk along the unique Highline, a park created on a historic elevated New York Central Railroad spur; or go window shopping on fashionable Fifth Avenue. Your Tour Director will be available to help you with additional sightseeing plans as well as give shopping and dining suggestions.

This morning, travel to the “City of Brotherly Love,” once the largest English – speaking colonial city in the world after London. Afternoon sightseeing focuses on sites important to the birth of the United States. Visit the Liberty Bell and learn how this State House bell was transformed into an extraordinary symbol. Also visit Independence Hall where the Declaration of Independence was signed on July 4, 1776.

Depart the “handsome city” of Philadelphia for the U.S. capital founded on July 16, 1790, and the seat of government, Washington DC. Located along the Potomac River on the East Coast, this cosmopolitan city holds an unmatched cache of the country’s history, sites, and artifacts. “DC” (the District of Columbia) was created to establish a central location for the running of the government. Your afternoon is free for independent exploration. The nation’s capital has an endless list of things to do, from museums packed with history to a thriving restaurant scene.

Begin this morning’s sightseeing with a Local Guide and visit Arlington National Cemetery to see the graves of American heroes, including those of John and Robert Kennedy. Continue on to experience the solemn majesty of the Lincoln and National WWII Memorials, and conclude with photo stops at Capitol Hill and the White at one of Washington’s favourite restaurants, followed by an illumination tour of the monuments.

Your holiday ends this morning. You can also extend your holiday with extra nights and explore Washington DC further.