Follow legendary Route 66 and see how Americans travelled from the 1920’s through the 1960’s. This historic route begins in Chicago, travels through eight states, and ends in Los Angeles. On this Route 66 tour, you’ll get the opportunity to travel to some of the cities along Route 66, visit many of the Route 66 museums, and step back in time to when the journey was part of the fun. 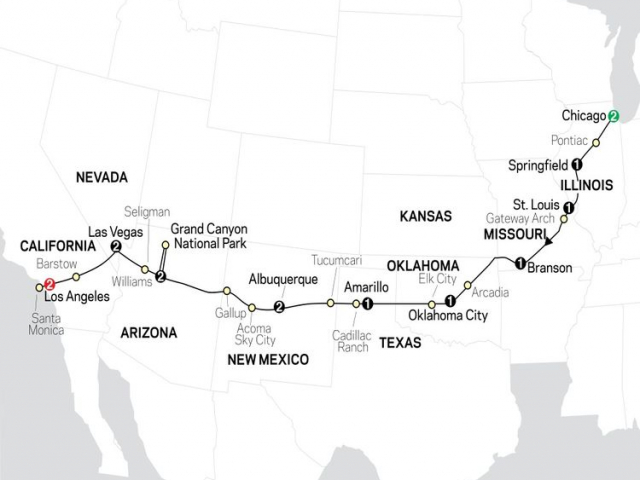 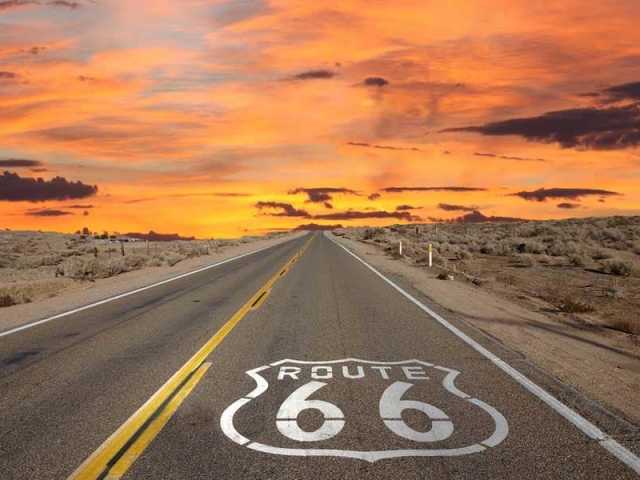 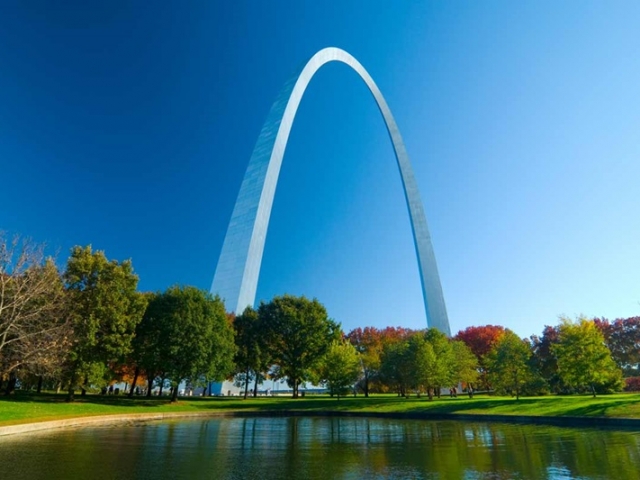 Welcome to Chicago, the start of Route 66! Your Tour Director is on hand late this afternoon to answer questions.

Known as the “Windy City,” Chicago is home to one of America’s tallest buildings, legends such as Al Capone and his notorious gang, and countless jazz and blues clubs. Get to know this exciting city on a morning sightseeing tour that includes the sign marking the start of historic Route 66. This afternoon is at leisure. Ride the elevator to the top of the Willis Tower, formally known as the Sears Tower, explore The Magnificent Mile, or stroll along Navy Pier.

This morning, immerse yourself in Route 66 memorabilia. Visit the Route 66 Hall Of Fame & Museum in Pontiac, housed in a historic fire station. See the large maps that will sketch out your Route 66 adventure for the coming days, and enjoy the nostalgic photos and postcards from the “Mother Road’s” heyday. On to Springfield and the former home of President Abraham Lincoln. Visit the Abraham Lincoln Presidential Museum.

Cross the mighty Mississippi River and continue to St. Louis, “Gateway to the West.” Your orientation tour includes the towering Gateway Arch National Park. Ride to the top of the 193 metre( 630 foot) tall Arch for a panoramic view of the city and river.

Today, we travel through the Missouri countryside, then on to Branson, one of America’s biggest music centres. Your Tour Director will make suggestions for independent exploration.

This morning, leave the Ozarks and travel through America’s “Bible Belt” into Cowboy Country. After a quick drive through Kansas, enter Oklahoma, once known as Indian Territory. In Arcadia, on historic Route 66, visit POPS landmark diner and gas station. Later today, arrive in Oklahoma City.

Start the day with a city sightseeing tour of Oklahoma City, the capital and largest city in Oklahoma. From here, travel to Elk City and visit the National Route 66 Museum. Take a journey through each of the eight states Route 66 passes through – from Illinois all the way to California. Continue into Texas and on to Amarillo, the Yellow Rose of Texas.

On the way out of Amarillo, see Cadillac Ranch, a quirky art sculpture consisting of a collection of 10 Cadillacs. Before crossing into New Mexico, reach Adrian, the halfway point on Route 66. Across the New Mexico border, visit Russell’s Car Museum, featuring classic cars and memorabilia. Next, stop in Tucumcari and shop for souvenirs at Teepee Curios. See the neon signs of the Blue Swallow Motel that has been serving travellers of Route 66 since 1939. Visit Central Avenue in Albuquerque, where many of the original Route 66 buildings and businesses still stand. Afterward, there’s free time in this original Spanish town with its fine parish church and Spanish – style plaza.

This morning, enjoy a leisurely breakfast or sunbathe in the New Mexico sunshine. Consider a short walk to Old Town, site of the city’s original settlement. Hone your bargaining skills with the local craftsmen who line the square to sell their lovely silver and turquoise jewellery. After exploring more of this atmospheric city, seize the chance to ride the world’s longest aerial tramway up nearby Sandia Peak Mountain and witness spine – tingling views of the desert floor, forests, and canyons below.

This morning, visit Acoma Sky City, home of the Pueblo Indians, situated on 112 metre (367 – foot) high sandstone rock. It is considered to be the oldest continuously inhabited village in the United States. Learn about this community and its inhabitants, and peruse Acoma pottery and jewellery. Then, cross the Continental Divide and continue to Gallup, which claims a longtime Hollywood connection. From classic westerns to the more recent adventures of Superman, the area has provided unequaled movie scenery. The next two nights are in Williams, gateway to the Grand Canyon, and listed in the National Register for Historic Places. The Historic Downtown District covers six square blocks and boasts a rich heritage that features the Old West and Route 66.

Deviate from Route 66 to see one of the Seven Natural Wonders of the World, Grand Canyon National Park. Wander along the canyon rim for breathtaking views and wildlife. Elk are frequently spotted grazing in the forested areas on the South Rim. Perhaps join the optional helicopter flightseeing tour? Return to Williams where the evening is free to explore the historic Americana – style shops and restaurants dating back to the early 1900s, and home of Pete’s Route 66 Gas Station Museum, featuring highway memorabilia. Be sure to appreciate the neon signs of the intact circa 1940s “Motel Row.”

Depart Williams for Seligman, home to the rebirth of Route 66. Detour once again from Route 66 to visit the bright lights and excitement of Las Vegas. An orientation tour upon arrival shows off many of the themed casino resorts along the colourful “Strip.” This evening, join an optional night at a dazzling show featuring top Vegas entertainment.

A day at leisure to relax by the pool or explore the world – renowned Las Vegas Strip. Ride the world’s highest rollercoaster, float through a Venetian canal, or see man – eating sharks up close – it’s all possible in Las Vegas. Don’t miss downtown Las Vegas, where you’ll find the Fremont Street Experience, five city blocks enclosed in a glass atrium and filled with dazzling lights, sounds, and action. A variety of optional excursions are available, including a float trip through dramatic Black Canyon on the Colorado River.

Today, depart the man – made oasis of Las Vegas and cross the Mojave Desert and the San Bernardino Mountains en route to Los Angeles. Visit the Barstow Route 66 Museum, which displays a collection of historic photographs and artifacts related to Route 66 and the Mojave Desert communities. Overnight in Los Angeles, the “City of Angels.”

Join an exciting morning tour of the glamorous side of L.A. in Beverly Hills, the Sunset Strip, Hollywood, and Santa Monica, the ending point of Route 66. Return to Los Angeles where the rest of the day is yours to shop for souvenirs or relax by the pool.

Your holiday ends this morning. You can extend your holiday with extra nights and explore Los Angeles further. Your Tour Director will have suggestions.