This Classic East India tour is an ideal introduction to West Bengal, Sikkim and Assam, offering spectacular Himalayan views, a taste of the rich Bengali culture and a tea plantation stay.

This itinerary’s mix of lively cities, historic hill stations and scenic beauty make it ideal for first time visitors who want to cover the region’s highlights, or as a general introduction to India with a difference. The culture of Kolkata, the stunning Himalayan range and the aesthetic appeal of Assam tea plantations are some of the most rewarding sights and experiences that India has to offer.

With a wide range of accommodation to choose from – from homestays to grand heritage hotels and colonial-era tea planters’ bungalows – we can customise the itinerary to suit your interests. 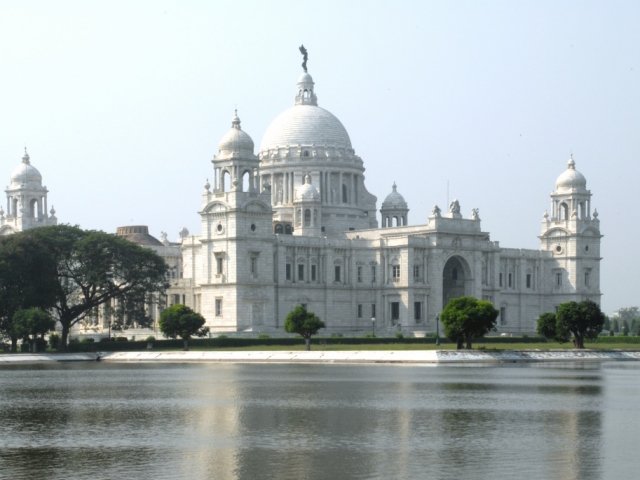 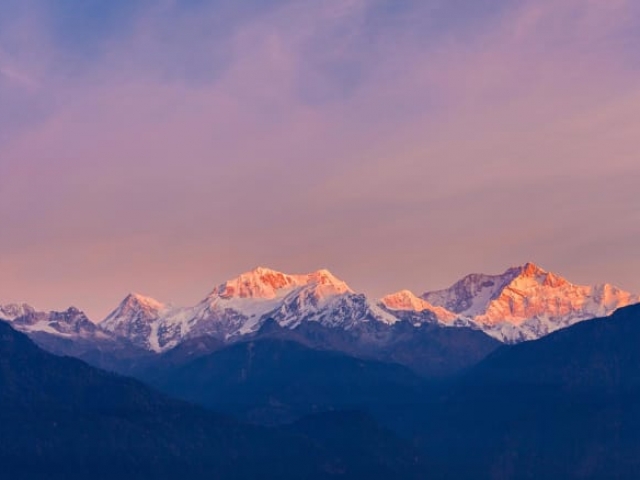 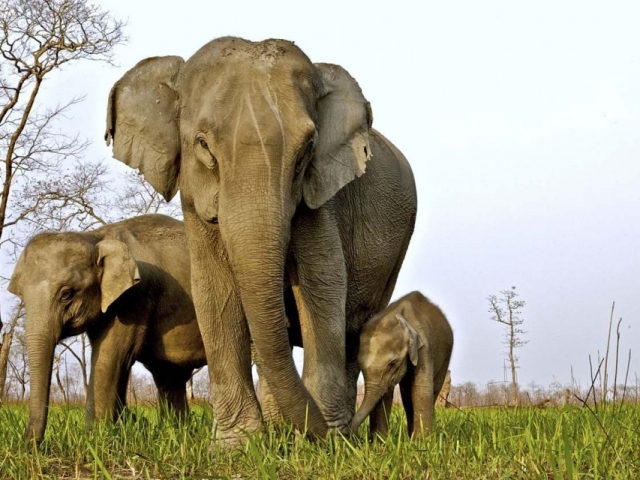 You will be met on arrival and transferred to your hotel. Kolkata, located on the east bank of the Hooghly River, is the capital of the state of West Bengal and India’s second largest city. It is the principal commercial, cultural, and educational centre of East India.  A religiously and ethnically diverse centre of culture, Kolkata has established local traditions in drama, art, film, theatre, and literature that have gained wide audiences. It was, for example, home to the Nobel Prize laureate, Rabindranath Tagore and Oscar award winning film director, Satyajit Ray.

Spend today sightseeing with a local guide. A few of the sights and experiences that you might like to cover include: the edifice in marble which is the Victoria Memorial – commissioned for the British Queen’s 1901 diamond jubilee and completed some 20 years later; Park Street Cemetery, which is a warren of grand mausoleums amid heavy undergrowth; the Marble Palace, which somehow manages to make all of Kolkata’s other grand structures seem staid and under-stated; the Jain Temples in North Kolkata, which combine marble inlay work, mirrored hallways, statues and a constant stream of worshippers; and the temples dedicated to Kali (patron goddess of Kolkata) on the banks of the Hooghly River – your guide will be able to advise whether there are likely to be goat sacrifices taking place at the time of your visit. The choice of where to be when this ‘act of devotion’ takes place is then up to you!

Early this morning transfer to Sonakhali Jetty, a 2-hour drive through beautiful countryside and rural bazaars, with stops at a local teashop and fishermen’s villages. Upon arrival you’ll board a boat, where a local guide / naturalist will brief you over a welcome drink before you commence a spectacular 2 hour cruise through the rivers Hogol, Gomor, Durgaduani and Gumdi. You may make an optional stopover at Gosaba – one of the earliest human settlements of the Sunderbans – to visit the house of Sir Daniel Hamilton, a Scottish banker who introduced agriculture and initiated the first co-operative movement of India.

Arrive at Bali Island and check into the jungle camp where you will be served lunch, followed by a 3 hour birding and game cruise through creeks and canals to Sudhanyakhali watchtower (most sightings of tigers are from this tower). Return to the camp early evening.

The Sundarbans National Park is bestowed with abundance of flora and fauna. After an early breakfast commence a full day game cruise and birding tour to the Netidhopani and Dobanki watchtowers.

The tiger watchtower and the ruins of a 400-year-old temple are the main attractions of Netidhopani. If you are lucky you may see Bengal tigers from this watchtower. The Dobanki WatchTower is famous for its Canopy Walk. This more than half kilometre long walkway, at a height of 6 metres from the ground, is covered in grill and strong net in the form of a canopy to protect from the wildlife. It takes you deep into the forest where you could find yourself walking alongside any number of mammals, including tigers – a very thrilling experience.  Lunch will be served on board your boat. Return to camp early evening.

After breakfast take a guided village walk in which you are able to interact with the local villagers and explore their local crafts and cuisines, as well as learn about their farming methods. Later take a cruise by a manually oared country boat before returning to the camp for lunch.

This afternoon depart for Sonakhali Jetty where you will be met by a driver for the 2-hour transfer to Kolkata by car.  In the evening board an overnight train to New Jalpaiguri.

Arrive at New Jaipalguri this morning and transfer to the famous Darjeeling Himalayan Railway, also known as the ‘Toy Train’ for the all day journey to Darjeeling. Built between 1879 and 1881, the railway is about 78 kilometres long. Its elevation level varies from about 100 metres at New Jalpaiguri to about 2,200 metres at Darjeeling.

A popular tourist destination, Darjeeling was established by the British in the mid-19th century, with the setting up of a sanatorium and a military depot; it subsequently became Bengal’s summer capital.  Much of its Raj era splendour is still to be seen – in contrast to its Tibetan, Nepali and Bengali character.

Take a sightseeing tour this morning. Places of interest include: the Himalayan Mountaineering Institute which contains a contour model of the Himalayan peaks; the Zoological Gardens home to a vast collection of Himalayan flora, including hundreds of species of orchids; and the Tibetan Refugee Self Help Centre, where you can visit the craft workshops which produce carpets, woodcarvings, leatherwork and woollen items.

Darjeeling has acquired a global reputation for its teas, so no visit here is complete without a wander through a tea plantation.  Spend the afternoon exploring the town. The Mall and Chowrasta (crossroads) in upper Darjeeling are good for leisurely strolls, tea drinking and souvenir shopping.

Depart Darjeeling this morning for the 3-hour drive to Gangtok, the capital of the Himalayan state of Sikkim. A bustling, friendly hill station, with a diverse population of indigenous Sikkimese and people of Nepalese and Tibetan ancestry, Gangtok is famed for its spectacular mountain vistas.

Check in to your hotel on arrival and remainder of the day at leisure.  The town’s main street, MG Marg, is pedestrianized and a pleasant place for a wander, and the winding side alleys hide some unexpected gems.

Gangtok is renowned for its scenery – there are beautiful views of the surrounding hills from the town itself, but the best views – dominated by Kanchenjunga, the world’s third-highest mountain – are from Ganesh Tok, high above the town.  Rise early this morning to view sunrise over the Kanchenjunga range from this point.

Return to your hotel for breakfast, and afterwards take in the sights.  Visit the Namgyal Institute of Tibetology which houses an excellent collection of Tibetan, Sanskrit, and Lepcha manuscripts, as well as Buddhist icons, masks, musical instruments, jewellery and thangkas (painted or embroidered tapestry wall hangings). Also visit the serene monastery at Rumtek; the region’s top attraction – its design is said to replicate that of the original Kagyu headquarters in Tibet. Regarded as the richest Buddhist monastic centre in India, Rumtek contains a number of rare and unique religious artefacts.

Leaving Sikkim, make the 2-hour journey to Kalimpong, known for its spectacular views and its horticulture (particularly its wide array of orchids and gladioli).

Check in to your hotel on arrival and afterwards take in some of the town’s sights, including the Dello Hills, Dr Graham’s Home, a small factory making paper by traditional methods, and flower nurseries.

Dello Hill, at a height of 1,914 metres and only 6 kilometres away from Kalimpong, is a pleasant drive through lovely landscapes and offers a splendid view of Kanchenjunga.  Dr Graham’s Home, spreads over an area of 200 hectares; it includes cottages, a school, hospital, workshop, farm, and bakery – all looking after the needs of more than 1,500 students. The campus is noted as a “miniature town” and is self-sufficient enough to produce and provide its own food, clothing and lodging.

Depart Kalimpong this morning for 2-hour drive to Bagdogra for your flight to Guwahati.  You will be met on arrival and transferred to Kaziranga – about a 5-hour drive.

Kaziranga National Park contains the vast majority of the world population of the Indian one-horned rhinoceroses, as well as large populations of elephant, water buffalo, swamp deer, hog deer, sambar, wild boar, Hoolock gibbons, pythons and around 300 species of birds, including the rare Bengal florican. It also boasts the highest density of tigers in India (however the dense vegetation here can make them hard to spot).

Take a guided safari into the park this morning by jeep or by elephant (the best way to get close to the rhinos is atop an elephant).

You have the option to take another safari this morning. Afterwards depart Kaziranga for the 6-hour drive to Dibrugarh.

Your accommodation here, Mancotta Chang Bungalow, was built by British tea planters in 1849 and is situated on the banks of the River Brahmaputra in the middle of a working tea estate. Settle in on arrival and relax on the veranda with its views across lawns, flowerbeds and gravelled paths to some of Assam’s lush tea plantations.

Day free on the plantation. There are a number of activities on offer here. An obvious choice is to take a tour of tea gardens, tea worker colonies, and tea processing factory, followed by a tea tasting session.

If you are feeling energetic you may like to go kayaking or horseback riding. (The owners of the Bungalow have a stable of over a dozen superb thoroughbreds).   Alternatively, you can visit the historical Ahom monuments at Sibsagar or the World War II cemetery at Digboi. Given the number of activities and the lovely setting of the accommodation, a three night stay here is well worthwhile.

Transfer to the airport for your flight to Kolkata.