From elaborate royal palaces to the most desolate landscapes, enter into a world of extremes in northern India. Discover Delhi’s colonial grandeur and mouthwatering cuisine. Take in the imposing magnificence of Jaipur’s City Palace and hillside Amber Fort. And let the Taj Mahal mesmerise at sunrise and sunset. Then, head into a limitless wilderness where the leopard roams wild and free and rare birdlife provides a delightful diversion. Live like a maharaja in regal palaces, historic havelis and luxury tented camps – after all, this is the Land of Kings. 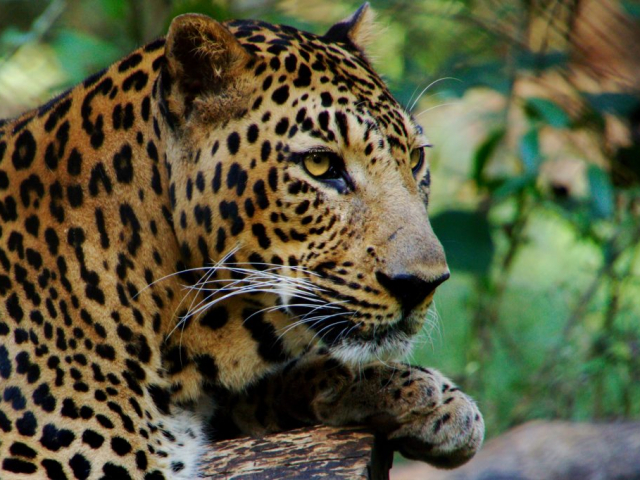 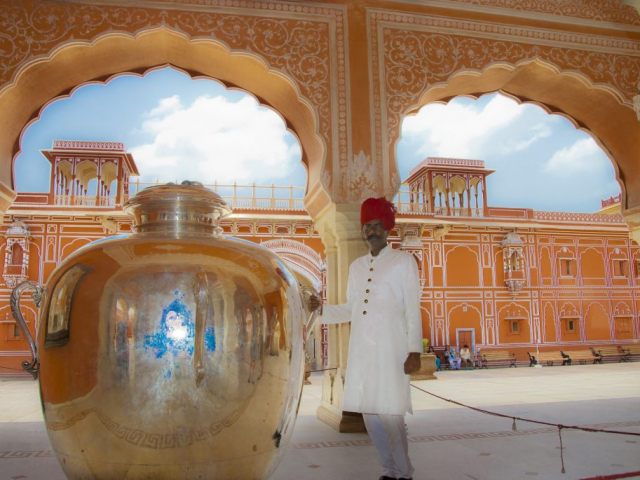 Namaste and welcome to Delhi, India’s northern gateway. Nowhere are India’s rich cultural contrasts brought more sharply into focus than Delhi with its ruin-studded gardens, a growing contemporary art scene and world-class cuisine. Receive a warm A&K welcome and be transferred privately to your luxury hotel, The Oberoi New Delhi. Settle in and discover the superb service and facilities or step outside on your own to explore all that this dazzling city has to offer.

Take in the sights of Old and New Delhi today. starting with a visit to the thumping heart of Old Delhi where the towering minarets of India’s largest mosque, Jama Masjid, loom high above the crowded streets. Hop onto a cycle rickshaw and weave your way through the colourful bazaars of Chandni Chowk. Take a photo stop at the Red Fort, the residence of the Mughal Emperors and the seat of the Mughal capital till 1857. Gaze at the ancient ramparts, the stage for some of India’s most momentous cultural and historical events. Savour delicious local cuisine at Veda restaurant designed by one of India’s top fashion designers Rohit Bal, before continuing New Delhi, where modern India’s seeds were first sown.

Drive down the tree-lined Rajpath (the royal path) to the 42-metre-high stone arch of India Gate, a majestic monument commemorating the contribution of Indian soldiers who laid down their lives for the British Empire in World War I. At the far end of the boulevard, glimpse the sprawling President’s Residence, Rashtrapati Bhavan. Finish your tour at the Qutub Minar, a UNESCO World Heritage Site and the tallest free-standing tower in the world. Built in the early 13th century in red sandstone and marble, the tower is covered with intricate carvings of words from the Quran.

Begin with a visit to the heritage-listed Humayun’s Tomb. Built in 1570 for a Mughal emperor, this beautiful palatial tomb was the first garden-tomb on the Indian subcontinent. Bid farewell to Delhi and journey overland to Agra, home to the mesmerising Taj Mahal. Standing proud in the heart of the city, the Taj Mahal was built by Emperor Shah Jahan for his wife Mumtaz and is now the world’s preeminent expression of passionate but restrained mourning. Drink in the breathtaking sunset over the Taj Mahal before returning to a royal welcome at The Oberoi Amarvilas, where you can continue to bask in uninterrupted views of the landmark from your luxury room.

Rise early and return to the Taj Mahal as the morning light bathes the marble dome and minarets in a soft glow. Return to the hotel for a sumptuous breakfast, then venture to the former imperial city of the Mughal rulers, the heritage-listed Agra Fort. Venture within its red sandstone walls to discover a labyrinth of highly decorated palaces and ornate marble mosques built by the great Mughal emperor Akbar I.

Return to your luxury hotel for some time at leisure before continuing your discovery of the rich Mughal architecture. Explore the city’s laneways, bustling spice market, sacred mosques and temples. Sample treats at a 200-year-old sweet shop, hop on a cycle rickshaw and hear legends that have been passed down through generations.

Marvel at the mausoleum of Itmad ud Daulah, nicknamed “the Baby Taj”. This architectural jewel is the final resting place of Mirza Ghiyas Beg, grandfather of Mumtaz Mahal (to whom the Taj Mahal was dedicated). Admire its exquisitely carved marble surfaces and see why it’s often considered an architectural first draft of the Taj Mahal.

Continue to Mehtab Bagh (Moonlight Garden), an oasis-like garden complex across the Yamuna River from the Taj Mahal and watch the sunset cast a final golden glow over this iconic monument.

Journey overland towards the dusky beauty of India’s Pink City, Jaipur. Pause en route at the deserted city of Fatehpur Sikri, just west of Agra, to admire one of the region’s most scenic landmarks. Founded in the 16th century by a Mughal emperor, the heritage listed red sandstone city is regarded as Emperor Akbar’s crowning architectural legacy. Enjoy lunch before a quick photo stop at the majestic Chand Baori, one of the largest stepwells in the world, before you arrive at your hotel, the exquisite Rajmahal Palace.

After breakfast, embark on a tour of the Amber Fort for a fascinating insight into the life of the Moghuls. Pay a visit to the Anokhi Museum for a lesson in the traditional Rajasthani craft of hand printing from local artists.

Afterwards, explore City Palace and its museum which houses a superb collection of Rajasthani costumes and armour of the Mughals and Rajputs, including swords, antiques and artefacts.

Then, admire the heavens from within the Jantar Mantar Observatory, an ancient stargazing hub packed with enormous astronomical instruments dating back to the 16th century.

Enjoy a brief photo stop at Jaipur’s most famous building, Hawa Mahal (‘Palace of Winds’), with its distinctive red and pink facade, before setting out on foot to discover the lesser-known wonders of the Pink City. Step inside lively temples to witness traditional customs, take part in a Hindu prayer ceremony, if you wish, and sip tea with locals in a beautifully restored haveli (mansion).

Spend your day exploring at your own pace or choose from a range of activities including (additional charge):

Leave the hustle far behind as you soar above Jaipur’s yawning horizons and rolling hills in an enchanting early-morning hot-air balloon flight.

Spend time in the home of a noble Rajput family for an intimate cooking demonstration.

Step inside Clay Botik studio for a hands-on pottery lesson with a local artist.

Enjoy a delicious afternoon High Tea on the terraces and manicured lawns of your luxury property whilst learning about henna painting and turban tying.

Pay a visit to Digantar, a local school supported by A&K Philanthropy.

Swap the city hustle for the serenity of Rajasthani tented camp Chhatra Sagar operated by descendants of the area’s former rulers. Perched on the edge of a century-old reservoir teeming with birdlife, the five-star retreat comprises luxury en suite tents in an idyllic and peaceful rural setting. This evening get your bearings with a nature walk to spy over 200 bird species before retreating to your private sitting area looking out across the water.

Wake up to views of the water and glorious birdsong. Then, explore your way from a selection of included activities. Tour the local farm and village by open-top jeep, witness the region’s cottage industries in action, and meet local children at the school. For something truly relaxing, drift across the lake on a tranquil boat trip.

Bid farewell to your tranquil setting and continue to Jodhpur on the edge of the great Thar Desert. Settle into your hotel, before exploring the treasures of the Blue City. Venture high to the majestic Mehrangarh Fort on a clifftop overlooking the city. Marvel at the intricately carved walls and relive the rich history contained within the fort. Then, marvel at the gleaming white Jaswant Thada in contrast with its red sandstone base. Continue into the heart of the old city and wind through the narrow alleys of the bustling Sardar Market, an explosion of colour and filled with trinkets and handicrafts. Sample one of the city’s famous lassi, a sweet blend of yoghurt and spices, under the Clock Tower before returning to your hotel.

Drive to Salawas for a morning safari, and visit with local potters, weavers and the Bishnoi people. Discover a fascinating culture and ethnic community in the nearby Bishnoi villages. Founded by Guru Jambheshwar in 1451, the Bishnoi sect is founded on 29 (Bishnoi) principles, including unconditional love for nature and wildlife. Spend time learning why they are protective of their land and their unique traditions and customs. En route to Jodhpur stop at a small weaving workshop and watch as family members keep up a hundred-year-old tradition of dhurry weaving.

Afternoon exploring at your own pace or choose an activity (additional cost). Visit to Rao Jodha Desert Rock Park located at the foot of Mehrangarh Fort or take a food walk in Jodhpur experiencing popular street food while walking down the heritage lanes of the old city and Tuk Tuk ride.

Venture into the heart of the wild Aravalli Hills to Jawai Bandh, where leopards roamfree. Amid former kingdoms of Mewar and Marwar, the region is home to the charismatic Rabari herdsmen, a people living in harmony with the indigenous wildlife. Spend some time relaxing in your luxury tented camp before joining one of the local guides on a leisurely stroll looking for nomadic shepherds as they return at the end of the day with their goats. This evening, enjoy the tranquil setting from the stillness of your private veranda.

If you’re hoping to see a leopard, there’s no better place than Jawai Bandh. Head out on early morning and late afternoon drives in a customised 4×4 accompanied by your expert tracker-guide. Each drive is timed to give you optimal viewing opportunities of the sought-after spotted cat, plus a rich variety of wildlife. Between drives, immerse yourself in the luxury of your stunning tented resort. Indulge in a rejuvenating massage, unwind with meditation or yoga, watch flamingo on the lagoon, or explore the villages of Jawai or the countryside trails surrounding the camp by bicycle or on foot (additional cost).

Drive south to India’s most romantic city, stopping en route at the Ranakpur Temples. Admire the intricate architectural style of the largest and most important temples of the Jain religion. Built in the 15th century, the exquisite marble complex comprises more than 1400 carved pillars. Arrive in Udaipur and discover a place where cascading, whitewashed mansions sit alongside deep blue lakes and the undulating Aravalli Hills.

As sunset calls, take a private boat ride on the shimmering waters of Lake Pichola and see the city rising majestically above the lake in the middle of the Rajasthan desert.

Set out on a morning discovery of Udaipur’s distinctive architecture, arts and crafts. Your first stop is the enormous City Palace, a flamboyant fusion of Rajasthani and Mughal styles towering over the lake and featured in the James Bond movie Octopussy. Gleaming walls, marble balconies and the spectacular Peacock Courtyard will leave you in awe. Journey on to admire the beautifully carved pillars and painted walls of the three-storey Jagdish Temple. Continue to Saheliyon-ki-Bari (‘The Garden of the Maids of Honour’) to see a lavish tribute to the 48 ladies in waiting who formed part of a royal dowry. Step inside a gallery and be inspired by practising artists as they produce the miniature paintings that Udaipur is famous for. Known as the Mewar school, observe the artist using traditional stone and vegetable colours on various mediums like cotton, silk, bone and paper. Spend your afternoon at leisure.

Depart Udaipur with a private transfer to the airport for your onward journey.