If you’ve dreamed of exploring colourful Spanish cities like Madrid, Seville, and Granada, this affordable vacation in Spain is the perfect solution. Your 10-day budget-friendly tour of Spain begins in the capital city of Madrid. 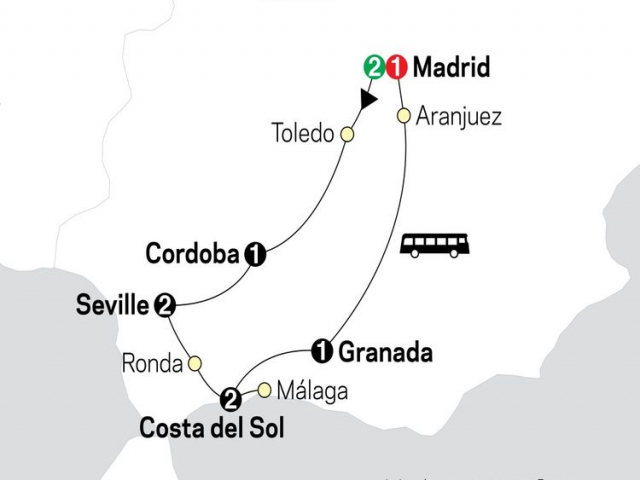 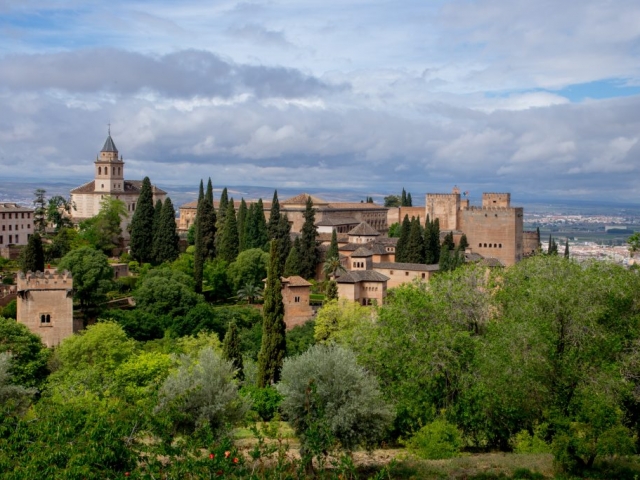 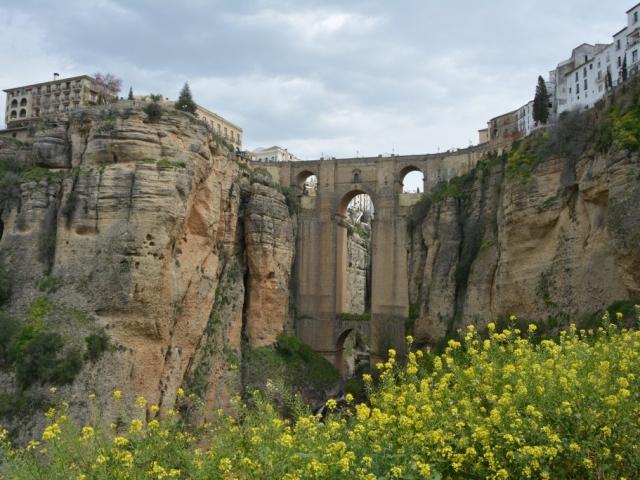 Check into your hotel. Tonight, meet your Tour Director and fellow travellers.

Spain’s capital is a city of elegant boulevards and manicured parks. Masterpieces by Goya, Velazquez and other Spanish masters can be found at Madrid Prado Museum. Get a feel of the city this morning during your included guided sightseeing tour. Enjoy a panoramic drive of the Avenida Mayor, Puerta del Sol, Parliament Square, and a picture stop outside the Royal Palace. in the afternoon, maybe revisit some of the morning’s attractions, join an optional excursion, or just relax and take in the atmosphere.

Leave the capital and head towards Toledo. Meet your Local Guide for a sightseeing tour, and visit the St. Tome Church, famous for El Greco’s celebrated painting “The Burial of Count Orgaz”. Continue into the very heart of La Mancha, known for its castles and windmills, as you travel to Cordoba, built on the banks of the Guadalquivir River.

The highlight of this morning’s visit to Spain’s most Moorish city is the Mezquita, one of islam’s most important pieces of architecture outside the Arab world. The former mosque was converted to a Catholic cathedral in 1236, following the Reconquista. Stroll through the Jewish quarter along small, white-washed houses, winding streets, and squares. Departing Cordoba, enjoy more Andalusian landscapes before reaching Seville, one of Spain’s most colourful cities. Perhaps tonight you’d like to join an optional flamenco performance?

The wonderful Andalusian city of Seville is the epitome of Spain with its fiery flamenco, Moorish splendour, fragrant gardens, and elegant piazzas. Admire the city’s many highlights this morning during your sightseeing tour with a Local Guide. The afternoon is dedicated to your independent discoveries.

Today, take the scenic inland route to incomparable Ronda, the emblem of all Andalusian white-washed villages, boasting one of the most dramatic cityscapes in the world. Spanning the deep El Tajo gorge, it is known for its fascinating history, charm, and three remarkable bridges that cross the canyon. Continue to your hotel on the Costa del Sol.

Begin the day with an included excursion to the charming port city of Malaga, the southernmost large city in Europe, and birthplace of Pablo Picasso. Founded by the Phoenicians around 770 BC., it’s one of the oldest cities in the world and yet among the liveliest in Spain.

Our Spanish journey continues to history-steeped Granada at the foot of the Sierra Nevada. On the included tour, your Local Guide will bring to life the world-famous Alambra Complex. Built by Moorish kings in 889 AD, initially to be a hilltop fortress, the building was extended over the centuries and transformed into a magnificent palace featuring lavish gardens, and it still is the epitome of architectural ornate beauty.

The olive and orange groves of the rolling Andalusian hill, as well the barren landscapes of Don Quixote’s La Mancha, unfold before your eyes. Stop at a local Wine Cellar to discover and taste some wines from the area and enjoy the beauty of the countryside. As you approach Madrid, stop in the Castilian Plain to visit Aranjuez, declared UNESCO World Heritage Cultural Landscape for its spectacular gardens and magnificent monuments such as the Royal Palace.