The Chindwin is Burma’s loveliest rivers. In the past we only offered this during the monsoon season due to water levels, but now our ultra low draught Pandaw Ships can sail through to February. The river carves it way through mountains and forests and we stop at delightful unspoilt little towns. Our objective, Homalin is the capital of Nagaland and close to the India border. We will ply the Upper Chindwin weekly between Monywa and Homalin. Monywa is under three hours from Mandalay and the car transfer is included with the cruise. Homalin is now connected by scheduled flight with Rangoon and Mandalay.

Planning your holiday is easy, Contact Us and speak to your friendly Consultant for availability, latest offers, pre and post cruise touring options and flights. 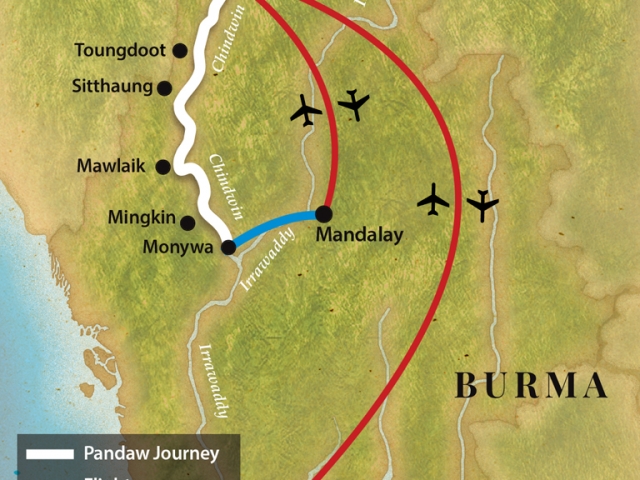 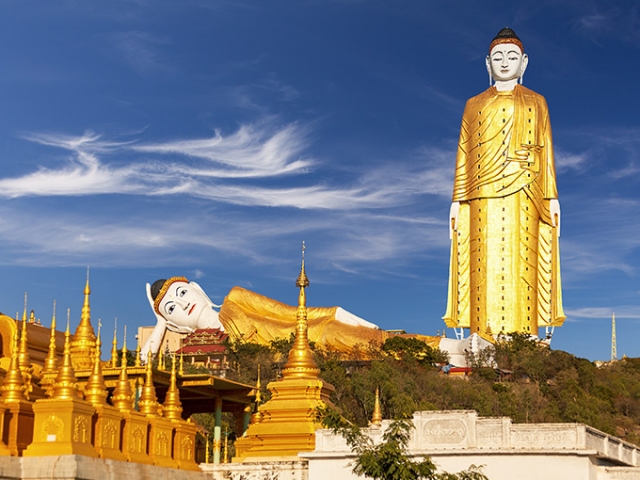 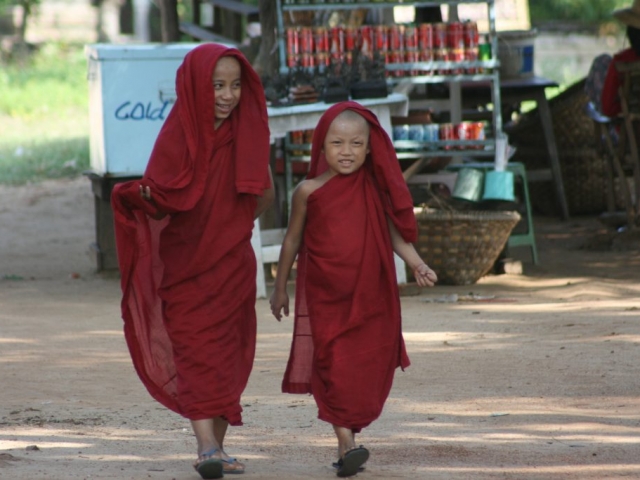 Transfer from Mandalay to Monywa to board your Pandaw Cruise. Afternoon excursion to see Thandboodi Temple, Bawdhi Tahaung statue and the night market in the evening.

In the morning, coach to the Phowin Taung Caves, where we will admire beautiful mural paintings and Buddha statues in riches. Beyond Monywa we enter the Upper Chindwin.

The river narrows and the forested hills fall away to farmland we pass a number of attractive villages like Kanee where we can stretch our legs.

Mingkin was rediscovered by Paul Strachan in 1987 and described in some detail in his book Mandalay: Travels from the Golden City. It remains for Paul the most art historically interesting site in Myanmar (more so than the now spoilt Pagan) with its Konbaung court style teak monasteries sumptuously decorated. Mingkin may be described as the Luang Prabang of the Chindwin. The gateway town for the Chin State, we explore Kalewa with its markets and quaint wooden architecture.

Morning explore Mawlaik replaced Kindat as the administrative capital but ironically the Myanma refused to move there from upstream Kindat. It was mainly settled with the company houses of the by the Scottish owned and run Bombay Myanmarh Trading Corporation in the 1920s and 1930s. There are many splendid ‘Dak Bungalows’ set around a verdant golf course. Mawlaik and the other towns of the Upper Chindwin can only be reached by boat so cars are few. There is a dreamy otherworldly quality to such places and truly one feels that one has travelled there in the Pandaw time machine!. Afternoon we pass the mouth of the Yu River which drains the Kubu valley that provided the route for a Lieutenant Grant to march to the relief of the Manipur garrison when the chief commissioner of Assam was massacred in a local rebellion.

Sitthaung was the final resting place of a number of IFC steamers scuppered there in 1942 in an ‘act of denial’ from the advancing Japanese who were a matter of hours behind. We hope to find remains of these ships as we have in the past at Katha on the Irrawaddy. It was from here that the survivors of the Japanese invasion marched out to Tamu on the India border. Pantha was an important oil refinery belonging to the Indo-Burma Petroleum Co (Steel Brothers).

Toungdoot or Hsawng-hsup in Tai, is an ancient Shan enclave which in British times still had a ruling sawbwa complete with palace and court. It will be interesting to see what has become of the royal family and their home and to see these Shan people so far from their Tai-Shan homelands. On the way to Homalin, the furthest navigable point on the Chindwin for vessels of our size. Alister McCrae wrote of his visit there 1935 ‘I loved the atmosphere of quiet and peaceful living there. At night I could hear greylag geese as they came in to the flooded land around us from far away north’. Bird in 1897 says little other than that Homalin is the headquarters of a township, but has very little trade’. Until we get there and explore the place there is not much we can say!

Disembarkation and transfer to Homalin airport.