A fabulous way to discover the mighty Irrawaddy River aboard a Pandaw Cruise with up to two weekly departures between the historic royal capitals with two nights moored at Pagan and three at Mandalay as well as exploring small towns and villages of lost Burma in between. Exceptional value for money with no single supplement on many selected departures!

Planning your holiday is easy, Contact Us and speak to your friendly Consultant for availability, latest offers, pre and post cruise touring options and flights. 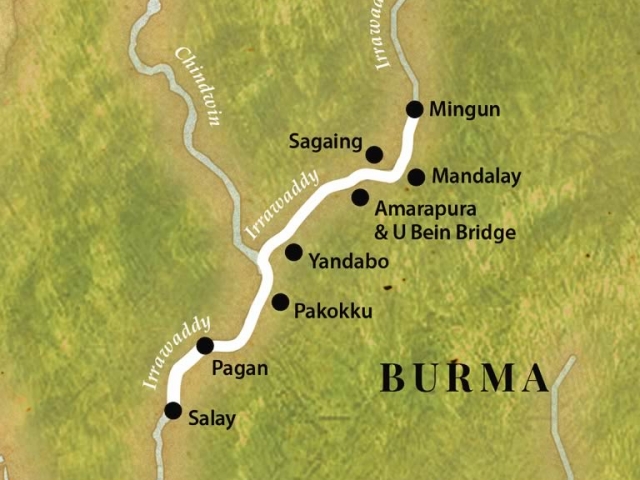 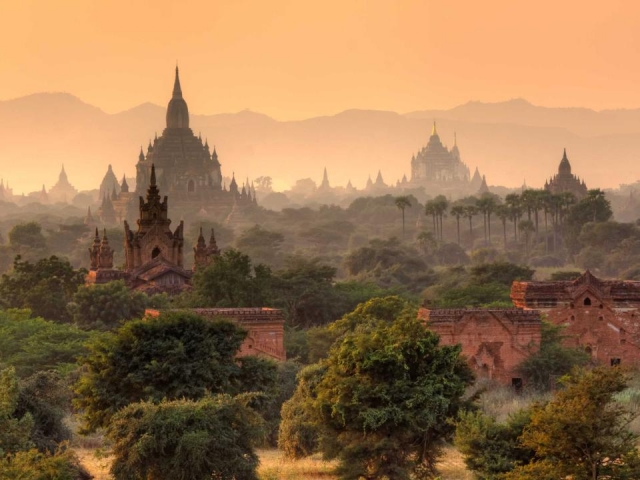 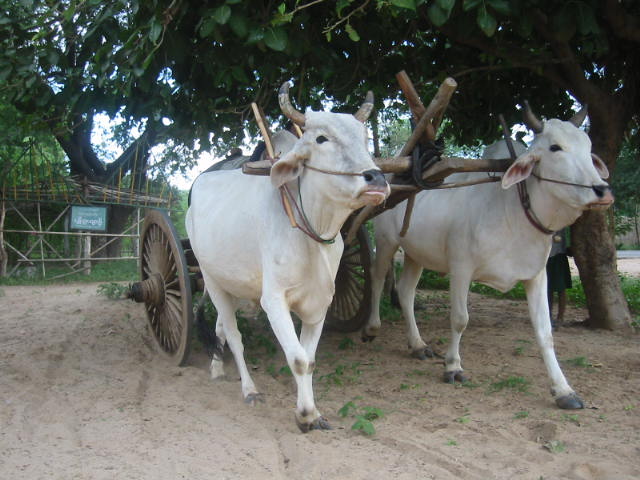 Transfer from the airport to the ship for lunch followed by excursion to Mandalay which is not only the country’s second largest city but also the religious centre of Burmese culture. The excursion starts with a visit to Mahamuni Buddha Image, one of the most important pilgrimage sites in Myanmar. The statue was brought here in 1785 by King Bodawapaya after the invasion of the Arakan Kingdom in 1784. To pay respect to the Buddha image, male devotees apply gold leaf to the image. As a result, the Mahamuni Buddha Image has been covered with a thick layer of gold leaf (about 15 cm). The walk continues along the street renouned for its marble carvers. Continue to Shwe Kyaung (Golden Palace Monastery) which was built in 1857 and was originally part of the royal palace before it was moved to the present site in 1879. Explore UNESCO listed Kuthodaw Pagoda, with the world’s biggest book. It accommodates 729 marble slabs engraved with the Buddha’s Parli Scriptures housed in shrines. After the gold leaf hammering workshop, stop by the moat surrounding the Royal Palace for a great photo opportunity with a backdrop of Mandalay Hill. Moor overnight at Sagaing.

Set sail to Mingun for a morning walking tour around the unfinished stupa built by Amarapura’s King Bodawpaya in 1790 which was intended to be the world’s largest stupa but remained unfinished since 1808 and also visit the world’s largest ringing bell. In the afternoon, drive up to the top of Sagaing Hill and admire the bird’s eye view over the Irrawaddy river curving around Sagaing city from SoonU Ponnya Shin hill top-pagoda. Later an introduction to the Buddhist nuns’way of life at a nunnery. Drive to Amarapura, a former capital (initially from 1783 to 1819 and subsequently from 1839 to 1852). Visit a silk and cotton weaving workshop, Amarapura’s major business. At sunset take a local boat on Taungthaman lake at U Bein Bridge, the world’s longest teak bridge. Moor overnight at Sagaing.

Explore Yandabo village, famous for its production of terracotta pottery from the river bank clay. This village is well-known as the place where the first Anglo-Burmese war ended by the peace treaty signed in 1826. Morning walking tour and a visit to a pottery workshop to see first-hand the production process. This is a hands-on experience which you are welcome to try. Visit the Pandaw supported Yandabo School (if no school holidays). Moor overnight at Shwe Tan Tit village.

Explore Pakokku, experiencing the local market and town centre by Tuk Tuk. Sail to the Ayardaw charity clinic supported by Pandaw. Afternoon walk around the village. Pakkoku is a city of about 100,000 inhabitants located 30 km from Pagan. Main produce are tobacco, cotton, peanuts, Thanatkha (traditional make-up and sun lotion) and textiles. Visit Pakokku’s main market by Tuk Tuk. Stop at a cheroot workshop and discover how traditional cheroot cigars are made. Moor overnight at Tant Chi village.

Drive up the winding road of the Tant-Chi-Taung mountain to visit the hill top stupa. On the way back, watch a traditional paper-mache elephant dance performed by the villagers from Tant-Chi. Sail to Salay, a small town which was once a bustling trading port, now a sleepy village filled with colonial architectural treasures and timeless teak monasteries. Walk from the ship to Yoke-Sone Kyaung, the best-known teak carved monastery in Burma, stopping at Salay House on return. Moor overnight at Salay.

Morning cruise upstream from Salay to Pagan to explore its many temples. The first temple visited is Ananda, known as the finest temple in Pagan in terms of ancient architecture, built in AD 1105 by King Kyansit Thar, the third king of Pagan dynasty. Explore the high standard of Pagan craftsmanship including niches with statues, glazed plaques, the standing Buddha statues and murals. Next stop is Myingabar Gubyaukgyi temple built in AD 1113 by Prince Rajakumar, son of King Kyansit Thar. Discover the well-preserved murals which also depict typical day-to-day life in Pagan. End the day with a walk through Phwar Saw Village; a small village with just over 500 inhabitants situated between New Pagan and Nyaung U airport. It was named after the very famous and influential queen for three consecutive Kings in Pagan’s late 13th century. The villagers rely on bean and pea farming, breeding cattle and producing small lacquerware handicrafts. A short stroll in the village under the shimmering sunshine in the late afternoon is the perfect way to capture the villagers’ way of life including fetching water, herding cattle back home and preparing for dinner. Moor overnight Pagan.

Further exploration of Pagan and visit a lacquerware workshop. Visit to Shwe San Daw stupa, one of only a few monuments allowing travellers to climb it, gaining a 360-degree view over the pagoda-studded plain. The next visit is to Shwe Zi Gone Pagoda, built in AD 1086 and believed to enshrine a hair relic of the Buddha. Before returning to the ship for lunch, take a stroll around the Khay Min Ga pagoda complex to learn about the different architectural styles: Indian, Sri Lankan, Myanmar-Mon hybrid and Myanmar. And In the afternoon, visit a Lacquerware workshop to explore the process of making lacquer handicrafts which is the specialty craft of Pagan. Continue to the unique Payathonezu, three inter-connected temples with a narrow passage built in the late 13th century. End the day with a visit to Dhamayangyi from AD 1170, the widest and largest temple in Pagan. Watch the sunset from the top of Taung Guni temple before returning to the ship. Moor overnight Pagan.

By 0900am disembark your Pandaw Cruise in Pagan and transfer to either hotel or airport.