The Old Kingdoms of Thailand

Travel through the heart of old Siam on this 10 Day The Old Kingdoms of Thailand tour that emphasises the cultural aspects of this ancient kingdom. Travel from Bangkok to Chiang Mai and visit the historical Parks of ayutthaya, Kamphaengphet, Sukhothai and Sri Satchanalai. 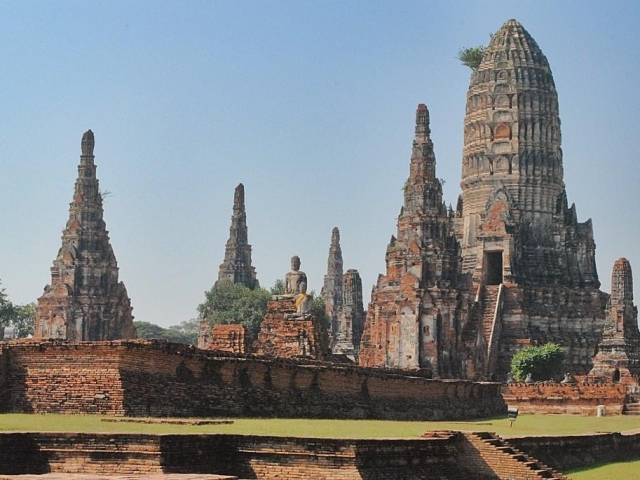 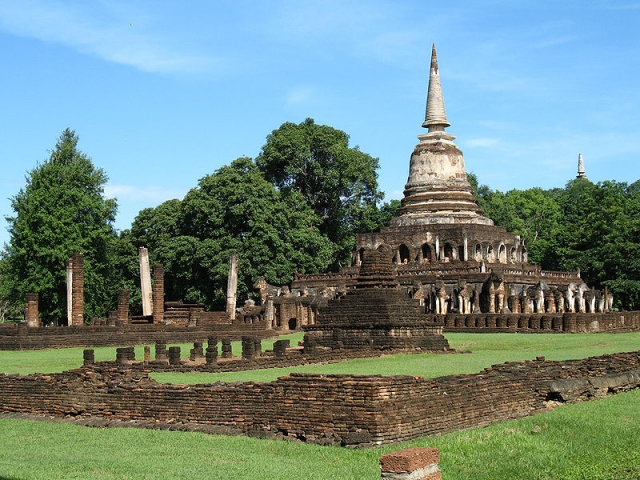 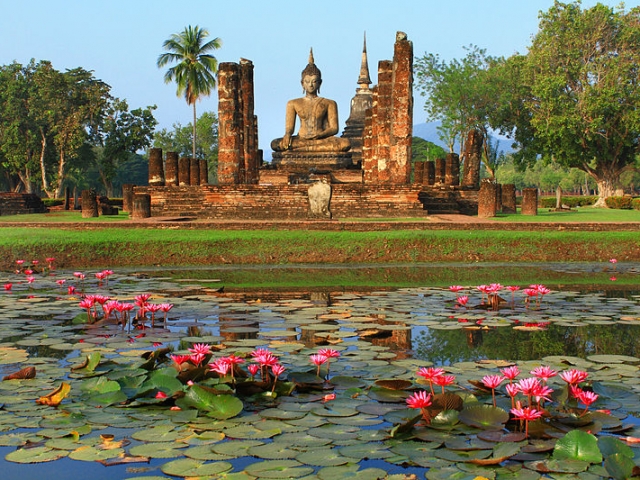 On arrival at the Bangkok International Airport, you will be met and transferred to your hotel. The rest of the day is at leisure.

An interesting introduction to Bangkok which combines two of the city’s must-see attractions, both located within a tranquil walled compound, close to the Chao Phaya River. This royal oasis encloses Thailand’s most revered temple of Wat Phra Kaew, home to the unique, centuries-old, gold-clad Buddha figurine: “The Emerald Buddha” and the wonderfully impressive Royal Grand Palace, more stunning in real life than photography can convey. The whole area occupies almost one square mile, and would represent a lifetime of study for a serious historian. The 66-centimetre tall Emerald Buddha, carved from a single piece of jade, has a compelling history of its own, and is so sacred that only the Thai King may touch it. This happens three times a year during a devout ceremony when the statue is clothed in different gold and jewelled attire, according to the changing seasons. The spectacular Grand Palace dates back to 1782 and was home to Thai royalty until 1925. Today, it still houses some important royal offices, but mostly serves as a museum reflecting unique and glorious testament to the architectural genius and creativity of the Thai people. The entirety of its stunning beauty is difficult for the human eye to encompass, and the effect can be overwhelming.

Depart Bangkok to visit the old capital city of Ayutthaya (70 km north of Bangkok) a World Heritage Site, and on to the beautiful summer palace at Bang Pa-In. Take a journey into the past, viewing the silent monuments and temple ruins at Ayutthaya, destroyed by the Burmese in 1767, but still reflecting their intrinsic and noble beauty. Admire the fabulous architecture and absolute elegance of the Bang Pa-In royal palace.

This morning we continue north to the Kamphaengphet Historical Park. The Park contains the ruins of the ancient town of Kamphaeng Phet, an important town in the Sukhothai Kingdom. The park that is little visited by foreign tourists contains monuments built during the 13th to 17th centuries by the Sukhothai and Ayutthaya empires. The city of Kamphaeng Phet derives its name from the ancient walls protecting it. Kamphaeng Phet translates to “wall of diamonds”. The town was an important part of the defense system of the Sukhothai Kingdom. Kamphaeng Phet was a “wang” or garrison town to protect the capital Sukhothai from invasion by Burmese armies. Lunch will be served at a local restaurant before making our way to Sukhothai. Upon arrival and after check in, visit at the local market in Sukhothai Town before return to the hotel for relaxing and overnight.

This morning transfer to Sukhothai Historical Park for a walking tour. Having gained recognition as a UNESCO World Heritage site, the Sukhothai Historical Park is situated at the actual site of the ancient kingdom. Many of the important ruins are located within the walled Royal City. Ruins of royal palaces, temples, city walls, moats, dams, ditches and other infrastructures have been well preserved and constantly restored to display the magnificent beauty of Thailand’s cultural heritage.  Located in the North zone, outside the walled city is the Wat Si Chum temple, known for its mondop with a large image of the Buddha partly visible from the outside. The name of the temple translates to “temple of the Bodhi tree”. Bodhi trees are found in many temples around Thailand, because it was this tree that the Buddha meditated under when reaching enlightenment.  An ancient stone inscription is found in the mondop of the Wat Si Chum giving information about how the Sukhothai Kingdom was founded. The 13th century temple comprises of a mondop and a viharn. The viharn or assembly hall, of which just the base and rows of pillars remain, stands in front of the mondop.

This morning visit Sri Satchanalai Historical Park, located on the banks of the Yom River at Tambon Muang Kao, Amphoe Sri Satchanalai. This ancient town, formerly called ”Muang Chaliang” was named “Sri Satchanalai” during the reign of Phra Ruang when a new administrative center was established to replace Chaliang. The ruins of 134 monuments have been discovered within the park.  Continue to Lampang, where we visit the most sacred of Lampang people, Wat Phra That Lampang Luang. The temple is the most complete wooden temple in Thailand with significant historical and architectural value.  Arrive Chiang Mai and check in at your hotel.

Visit the most sacred temple in the North of Thailand: Wat Phrathat Doi Suthep. The most sacred temple in Chiang Mai and which contains a holy relic of the Lord Buddha. Tucked away in the mountains at an elevation of 1,056 meters (3,520 feet), the temple can be reached by the carved mythical Naga Serpent Staircase. The temple offers an exhilarating view of Chiang Mai city and its surrounding countryside. Drive back down to the city centre to visit some of the other impressive temples of Chiang Mai. Wat Suan Dok is one of them, and dates back to the 14th century when the Thai monarchy was taking leisure walks in its gardens. Nowadays, it houses several white Chedis, all containing the ashes of Chiang Mai’s former Royal family, and features one of the most famous Monk Schools in the whole locality of Chiang Mai. We will also visit Wat Jedyod, also known as The Temple of Seven Spires.

Depart your hotel to join in a Cooking Class with a local Family. Besides Thai cooking, it will be a great opportunity to discover the lifestyle of Chiang Mai people; their house, cooking, vegetable garden. With your host, you will prepare your meal. Your host speaks only Northern dialect and your guide will serve as an interpreter. You will be collected from your hotel and with your guide go to the house of Mae Janfong family. Their teak Thai house is located in the region of Hong Dong. On arrival, you will tour the house with Mae Janfong who will explain why – in all Thai houses – you will find the Buddha image, the House of spirits and their influences on daily life.  You will then collect herbs in the garden; onions, green peppers, galangal, ginger, cumin, basil. Then you will start preparing your meal with the assistance and advice of the hostess. You will then enjoy your preparations (4 Thai dishes + dessert + Thai seasonal fruits). Return to your hotel at approx 14h30 and the remainder of the afternoon at leisure