Norfolk Island is a quiet paradise, often overlooked yet unforgettable once found. Discover for yourself why visitors return time and time again.

UNESCO World Heritage convict buildings, breathtaking scenery and a unique culture with an intriguing past combine to make Norfolk Island, located roughly halfway between Australia and New Zealand, one of Australia’s most fascinating destinations. Settled by descendants of mutineers who speak a mix of Tahitian and 18th century English, it’s a friendly place where waving to everyone you pass is mandatory, cows have right of way and everyone knows everyone else. It’s the only place in the world where the telephone book lists people under their nicknames, such as Drill, Bing, Diddles and Spud. No wonder the locals reckon it’s “Da Bass Side Orn Earth” (the best place on Earth).

Anson Bay is one of the most stunning and secluded beaches on the island. Emily Bay Lagoon is a gloriously curved crescent of golden sand, backed by an expanse of grass and shaded by majestic Norfolk Pines. This Marine Park lagoon is protected by a reef and has perfectly clear water, hardly any waves, and is full of coral and colourful fish, which makes it ideal for swimming and snorkelling.

When James Cook arrived in 1774, Norfolk Island was first settled as a convict colony. In 1855, Queen Victoria gave the island to the descendants of one of the most famous naval mutinies in modern history: the mutiny on the Bounty, led by Fletcher Christian. Wander around the beautiful stone buildings of Kingston built during the convict settlement, visit the convict cemetery, or explore the four incredible museums. Fascinating by day, Kingston really shines at night with ghost tours and live shows. The historical site is also a perfect platform for star gazing. With little light pollution and one of the darkest skies on Earth, the island is even recognised as an Australian Gold Level Dark Sky Town. 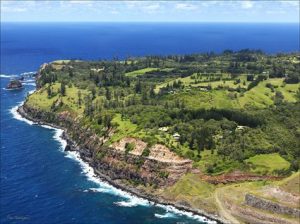 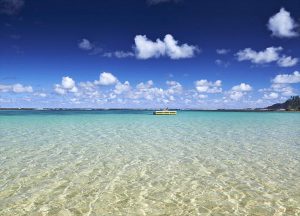 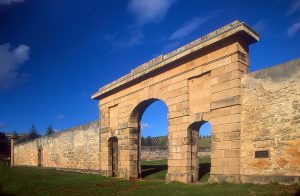 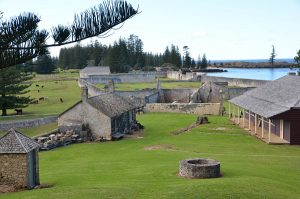 Norfolk Island will fascinate with its rich history, beautiful environment and friendly locals who are always ready for a yarn or two about their beloved home. You’ll be charmed and enchanted during your time on this pretty ocean outcrop.